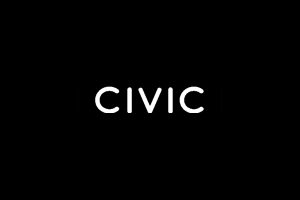 No project is to big or to small for the dedicated team at CIVIC. Provding some of the biggest Buidlings in South Africa with automation and solar back up power..

We as CIVIC will stand by you from the first drawing up until where you enjoy the comfort of your new house of commercial property.

Providing you with comfort needs and solar solution to fit your needs.

CIVIC was founded in the early 80’s by Danie van der Nest, coming from Telkom copper line background, Danie saw the potential in the years to come.

Danie van der Nest started CIVIC DATA SERVICES and became a mainstream supplier to some of the biggest corporate companies in South Africa. Supplying all networking solutions for these massive infrastructures. As the years moved on technology has changed and Civic wanted to keep up with the new trend as they were coming along.

In 1996 Danie vd Nest and his partners decided to take on a new challenge and with a blink of an eye Civic Automation Systems was born. By taking on the small and the big, CAS set forward in creating a comfortable and luxurious environment for all their clients. These ranging from Sandton Convection Center, Coca Cola dome even small residential houses, automating their lights, audio visual and security features.

In 2004 Eugene vd Nest, Danie’s oldest son joined the company. Coming directly out of school, he came in with his own mindset and ideas. Starting as a programmer and installer within CAS he expanded the range of services CAS could provide as the years moved on.

Younger brother Clinton vd Nest also joined and enriched the company in 2015 with his fresh ideas growing up in an environment with the latest technology where cellphones was the new way of doing things.

Eugene saw a gap in the market in 2015 with electricity need within SA. Energy saving and power management became his passion, and like his dad, with a blink of an eye, CIVIC SMART SYSTEMS started providing power to the nation. Starting up to speed with the latest technology and have the huge technology background, they can provide a tailor-made modular system to each of their clients. Serving the whole of SA, CSS is currently generating over 2 Megawatt at this stage and adding about 100kw to this number every week.

With the support of our excellent staff we aim to exceed expectations by maintaining our performance standards.